Our several jaunts in Chianti seemed to attract the clouds and rain.

Perhaps the higher elevations attract more rain, but I think they started to dread seeing our little Ford Fiesta! 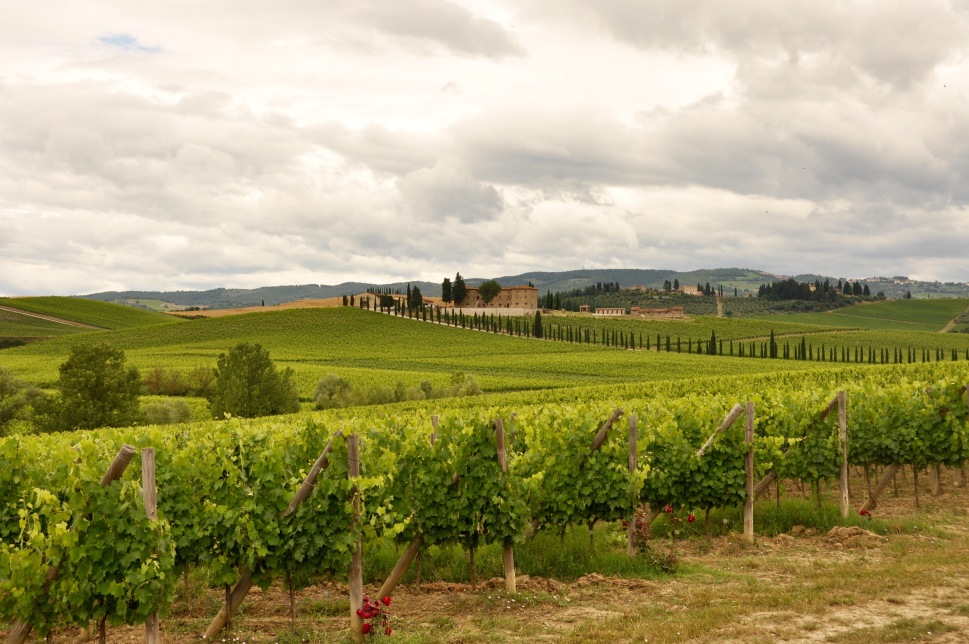 The road to CASTELINNA IN CHIANTI winds up and up into the hills in the far distance.

The town dominates the hill-top and has a lovely intimate old Town Center. 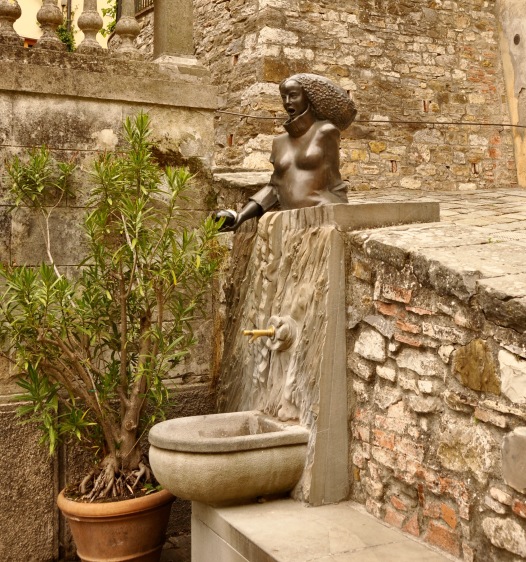 Here was another small town interested in art work. 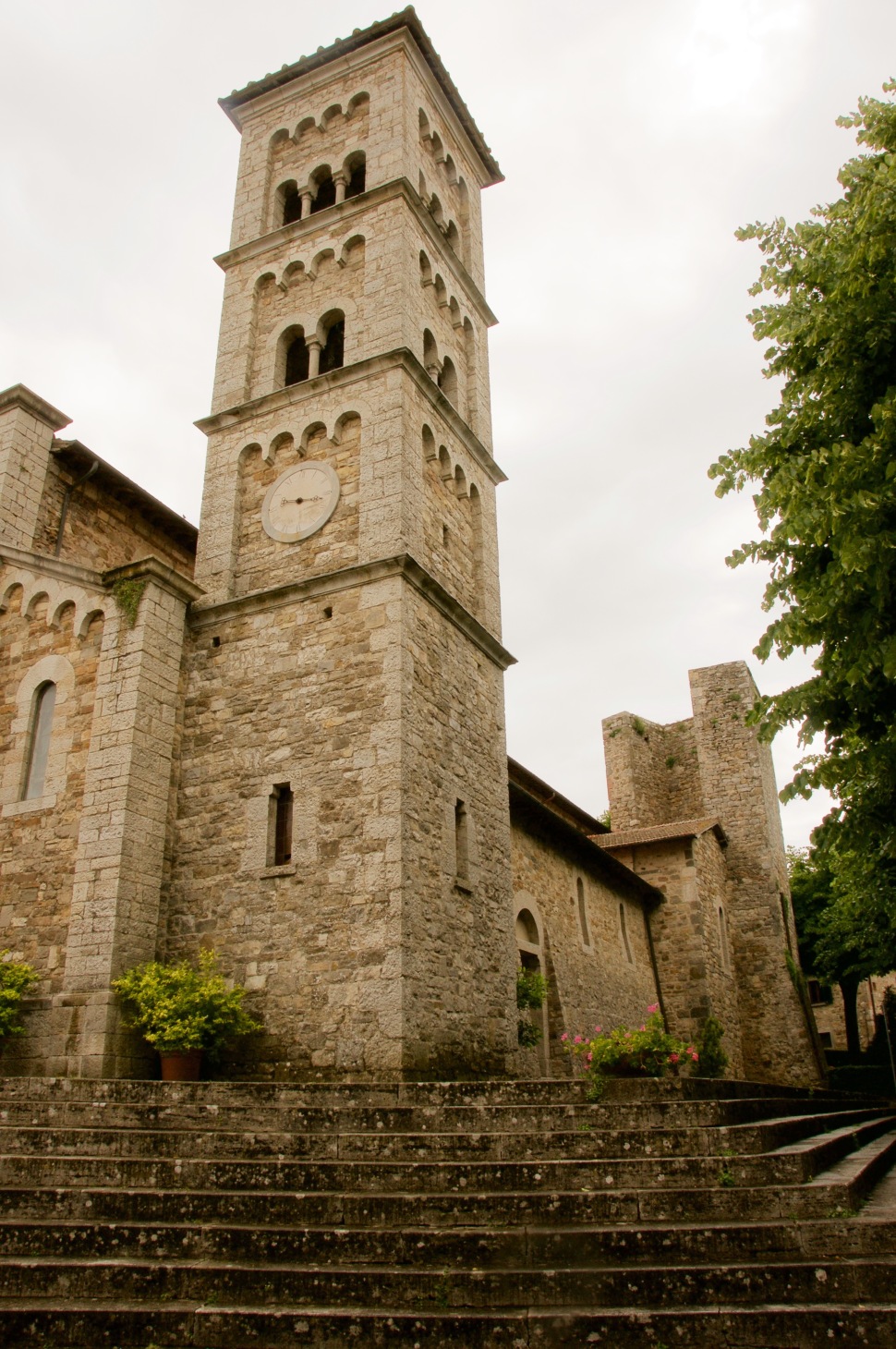 The church was quite beautiful,

but it looked as though we were in for a storm, so we moved on.

Looking at the map, we decided to visit RADDA.

As we walked into the small town, my eye was taken by these roosters, which are the symbol of Chianti Classico.  The above link tells the interesting story.

On entering the town square, we quickly realized something was going on; a wine festival!  Each tent was exhibiting a different vineyard with tastings.

It was the perfect opportunity to people watch. 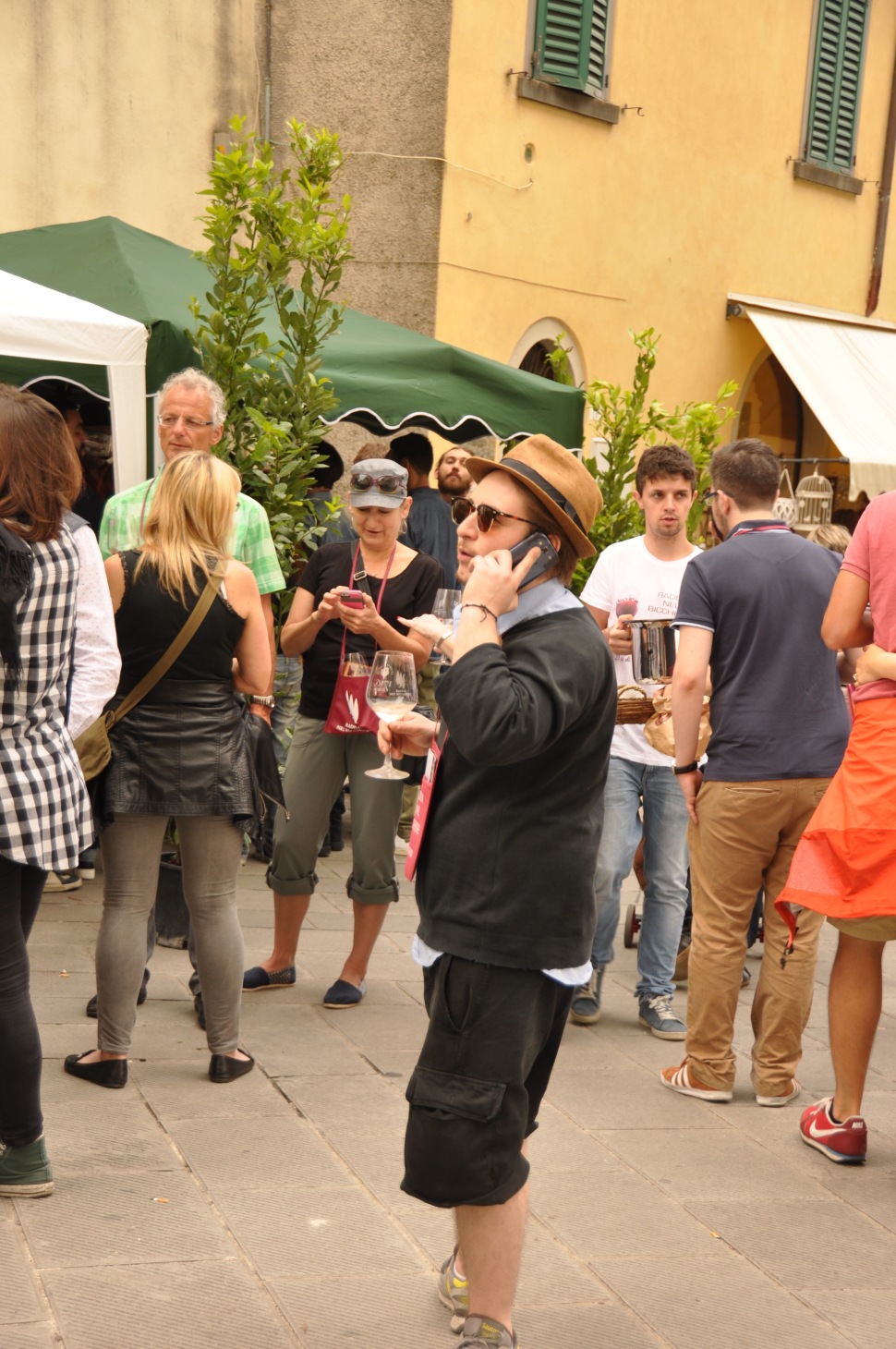 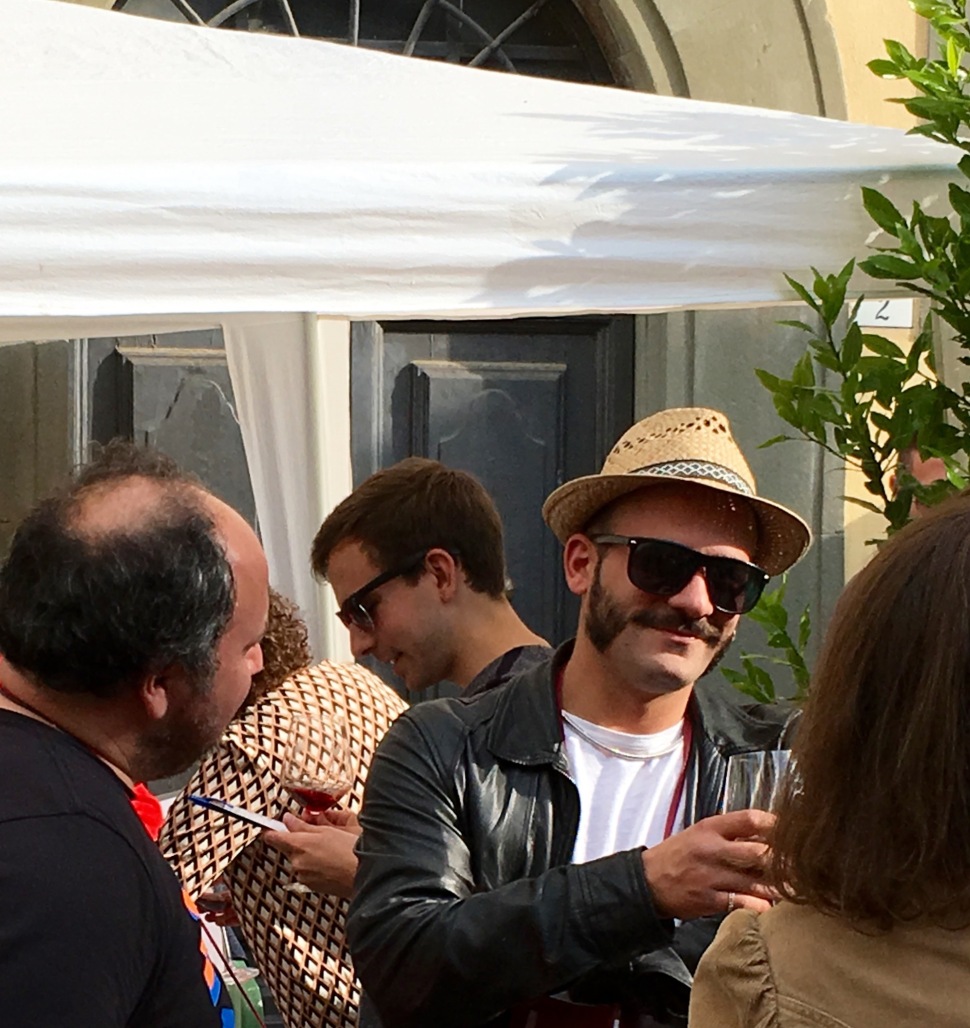 The  drive home was pretty spectacular. 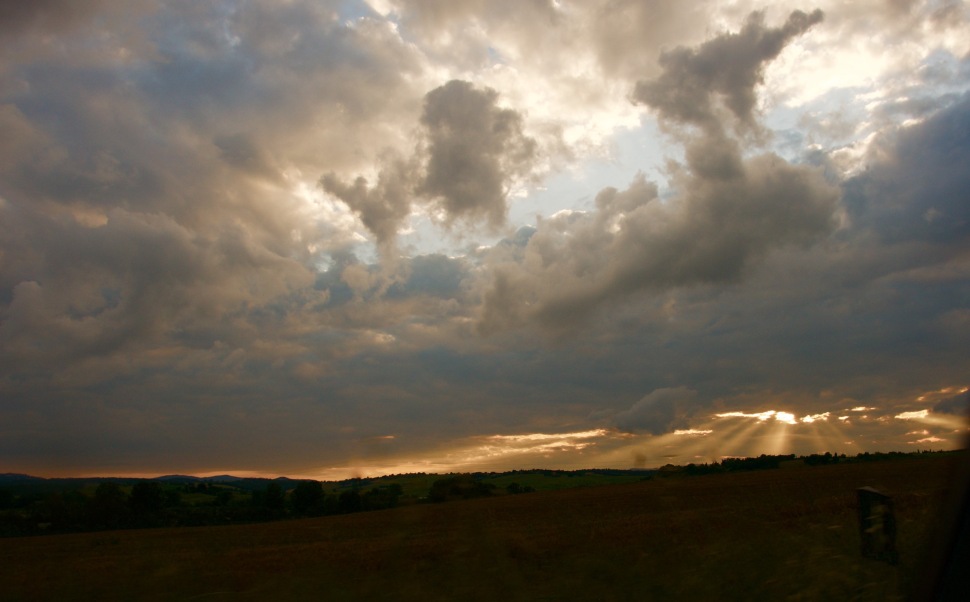 On another day we drove the winding back roads to GREVE, the gateway to Chianti. 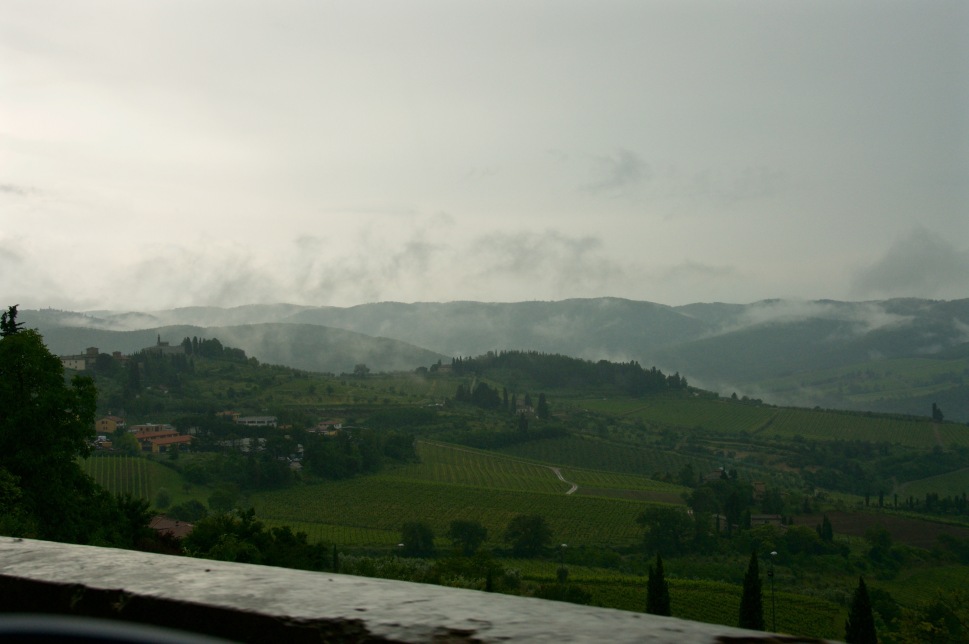 Once again, there was low cloud cover with intermittent storms.

After having lunch in one of the restaurants in this beautiful old square, we walked around in the drizzle and rain.

Along the route home, the low cloud wafted like smoke among the valleys.

I’m going to include three other towns I forgot to mention in Toscana -Hill Towns.

CORTONA, home of Francis Mayes, author of “Under the Tuscan Sun”.

It has an impressive town square. 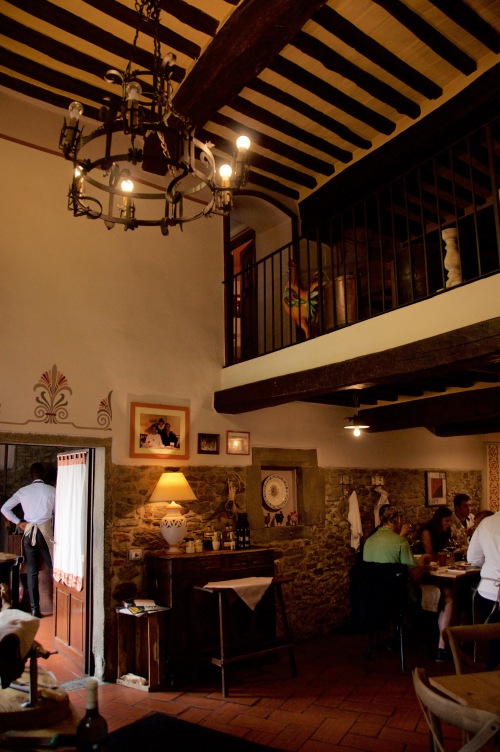 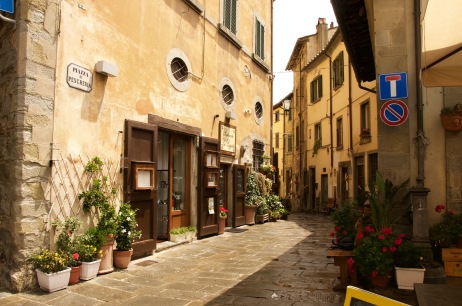 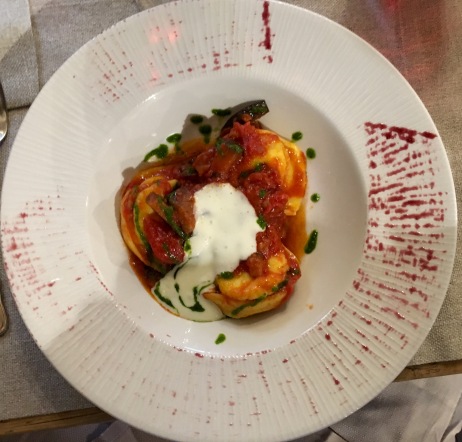 When it started to rain heavily, we ducked into this restaurant for lunch.

Afterwards, we walked up & up through the narrow lanes,

which provided a great view of a large cemetery down in the valley.

We continued our climb along this quaint path which led to the top of the hill, to the church we wanted to visit. 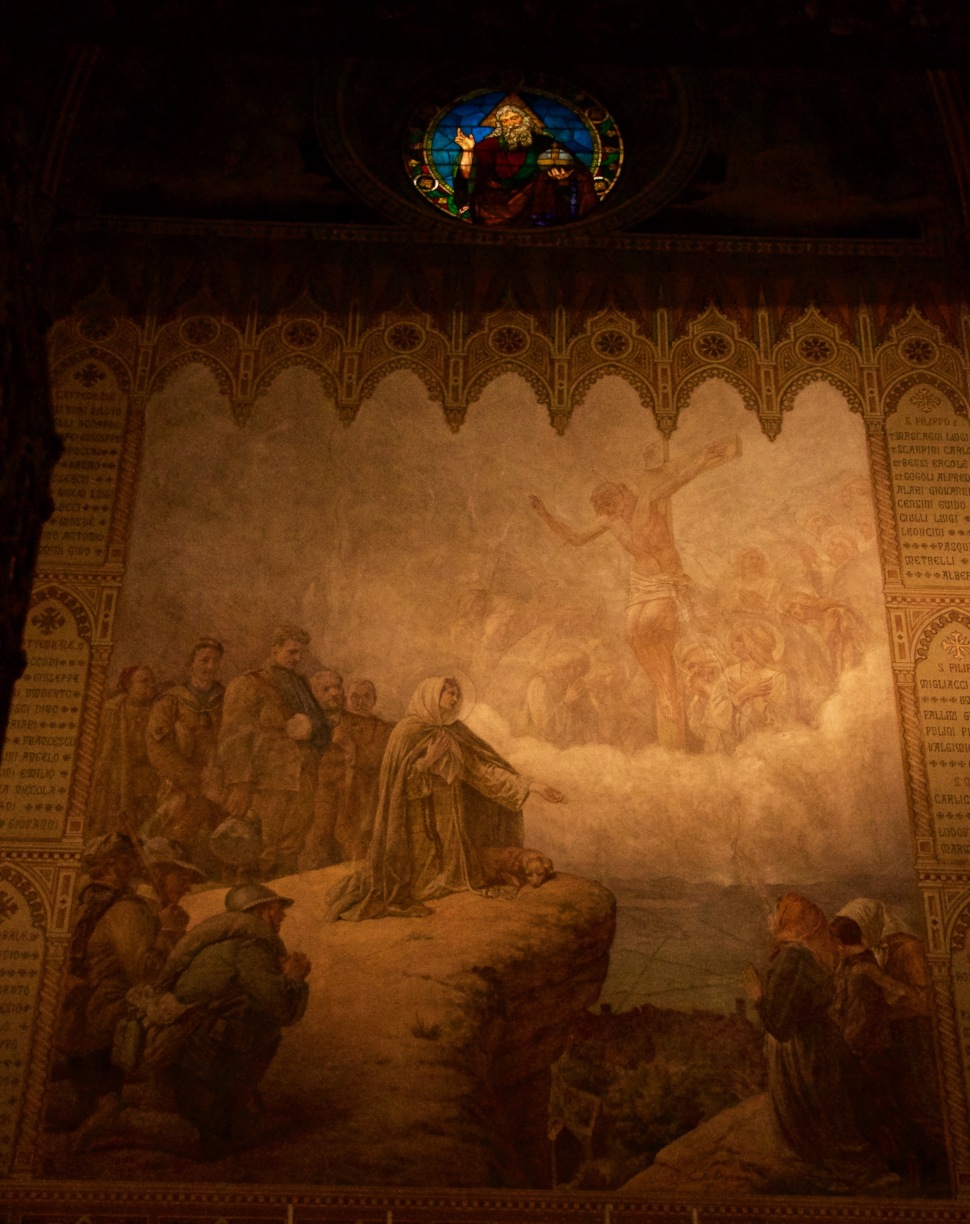 It had beautiful stained glass windows and frescoes. 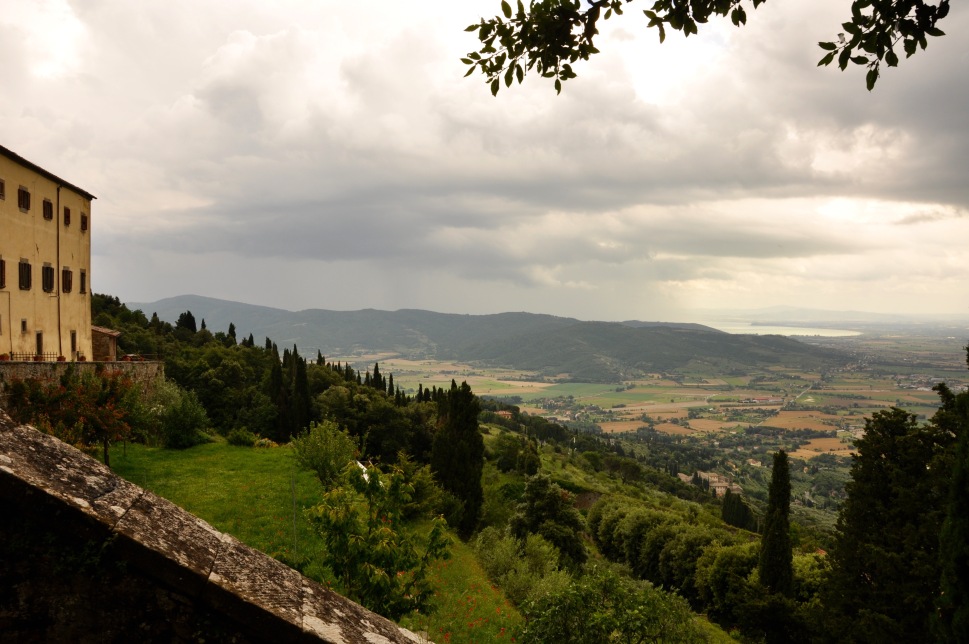 And from the top of the hill, we could see over to lake Trasimeno (which Francis Mayes mentions frequently in her book).

MONTALCINO lies south of Siena, just over an hour’s drive from where we were staying.

It is also known as a very good wine region, so everything in town was about the Brunello wine.

The town was established back in the 9th century and this fortress, which makes up part of the ancient city walls, dates to the 13th century.

This little kitten was one of a pair, so young they were still  unsteady on their feet.  I hope their moma found them!

A biking tour taking time out for a hearty lunch. 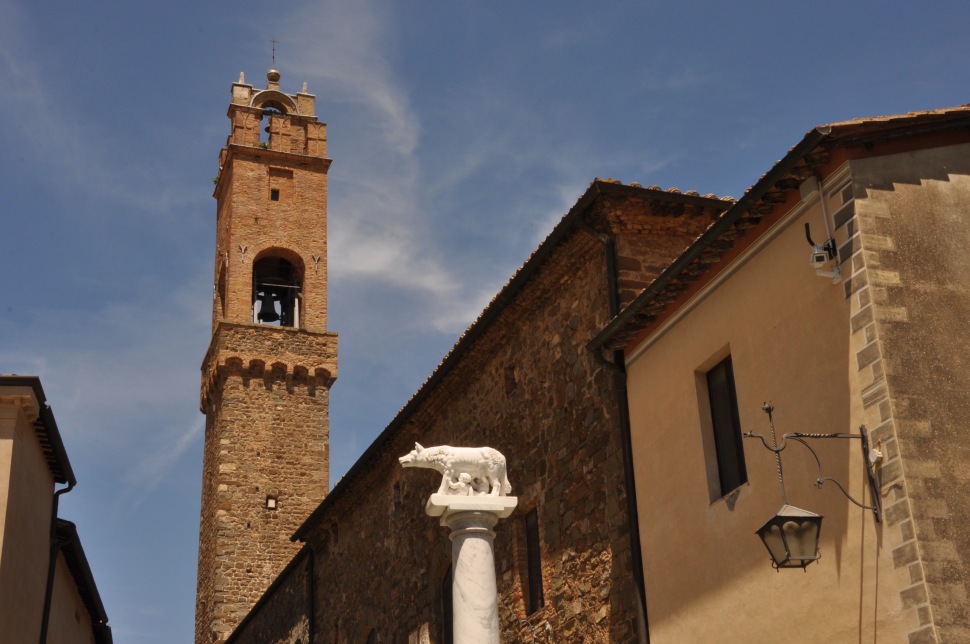 Once again, I really enjoyed seeing the elderly so nicely dressed and always out and about, socializing with their neighbours.

We then crossed the hills into a different terrain of undulating fields.  Equally as beautiful.

We were headed East to PIENZA.

It has also been given the designation UNESCO World Heritage Site. 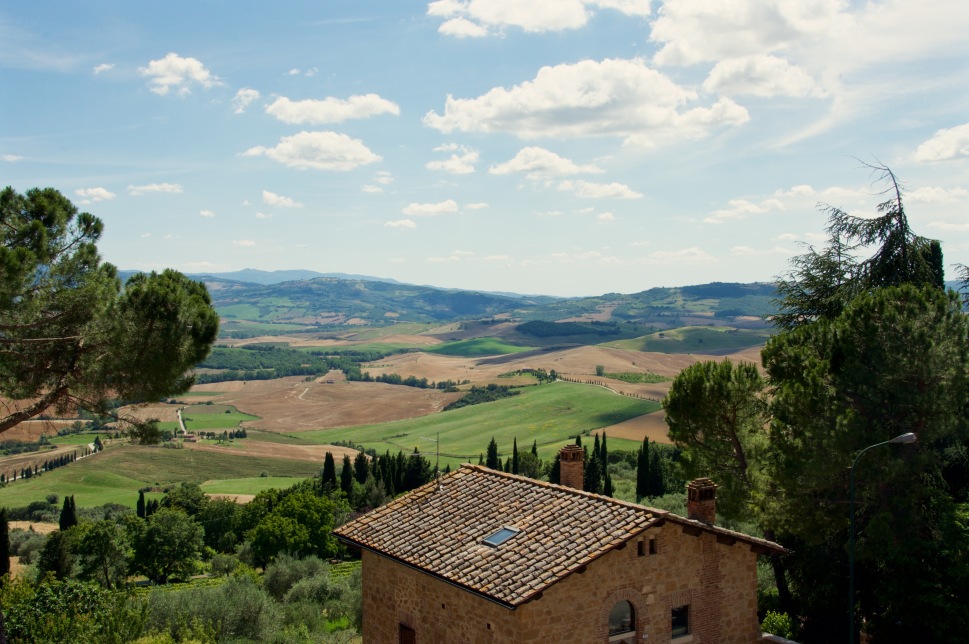 The vistas were breathtaking.

Perfect!   I think we need some more cheese. 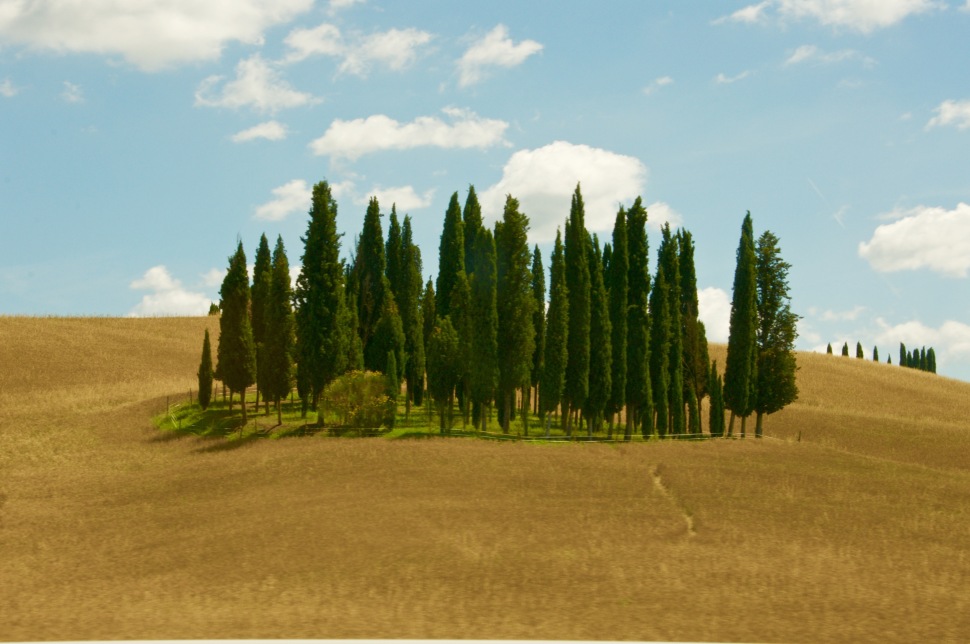 Next stop – Siena and Florence