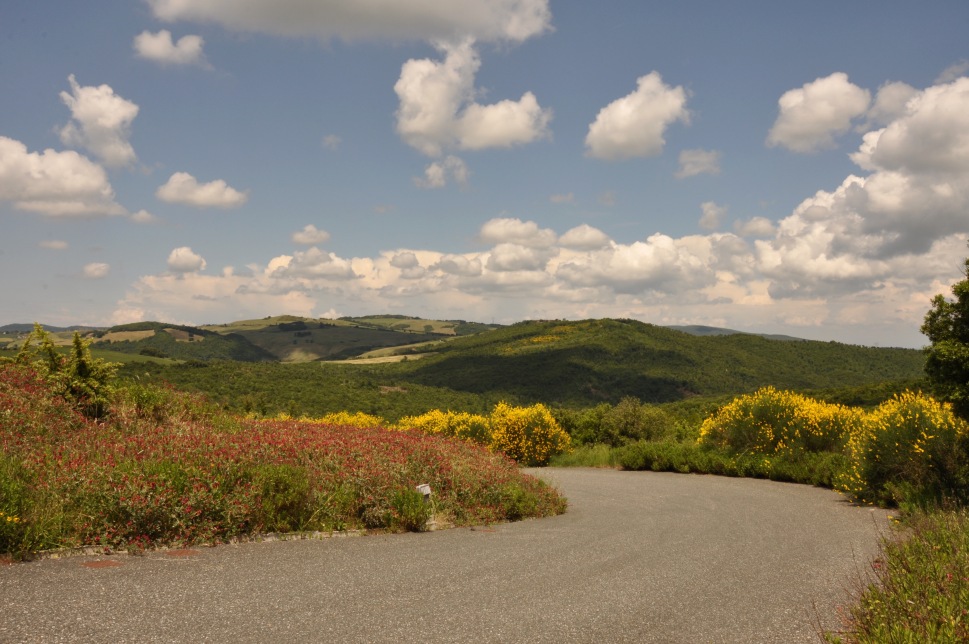 On a bright and sunny day we decided to make the 2 hr trip west to Volterra.  The road took us along quite a hilly climb.

Mid June was a great time to enjoy the wildflowers.

There are a number of these interesting large mounds, like pimples on the landscape, they pop out of the earth.

Exploring these Hill Towns certainly gives us a workout. 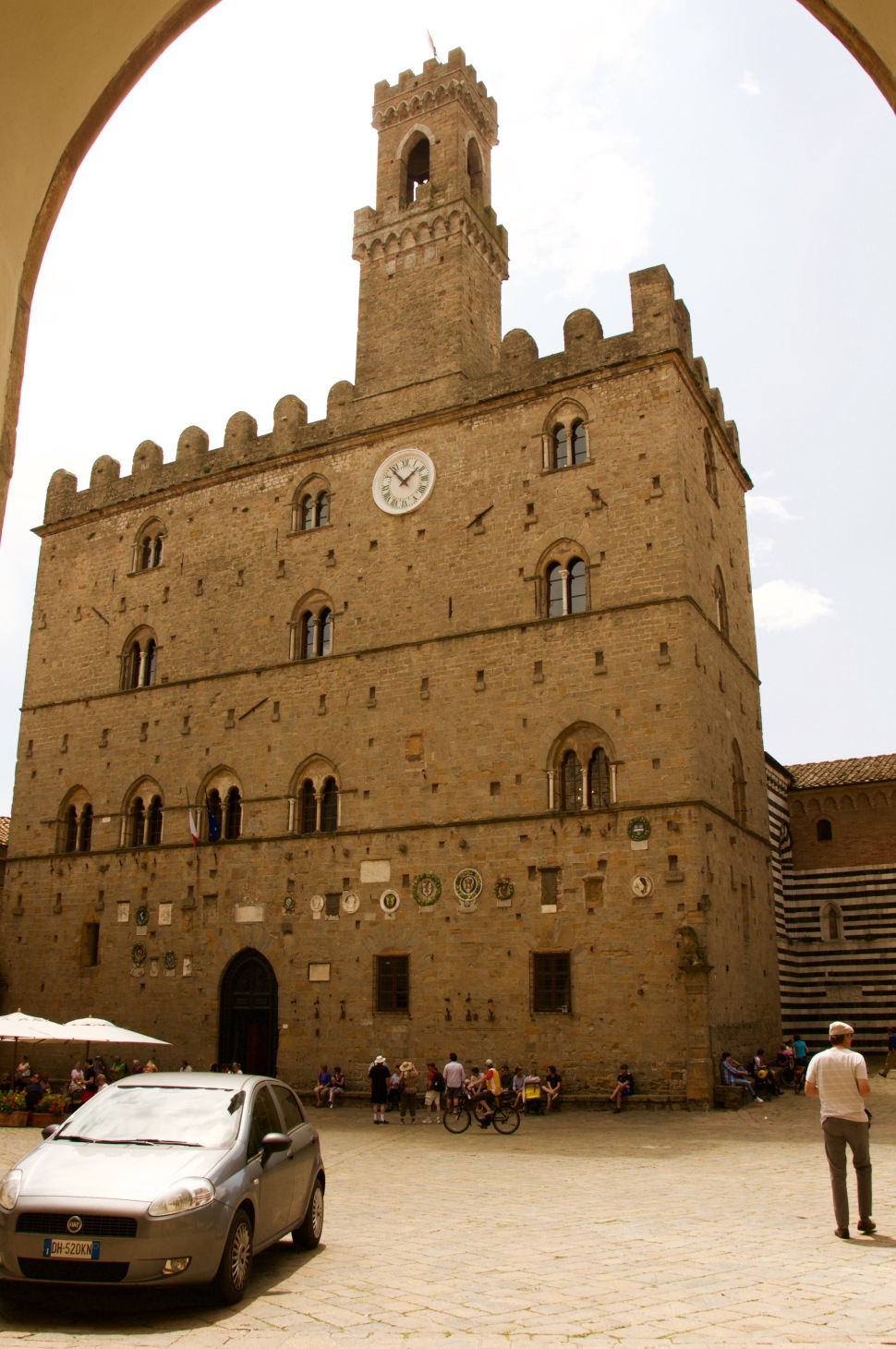 And then, there in front of us was this well-known picture; Palazzo dei Priori, the oldest Town Hall in Tuscany. 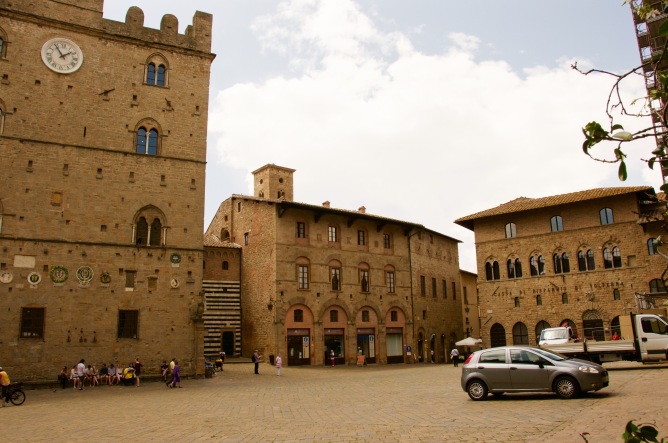 Unfortunately some really heavy thunderstorms rolled in, so we spent the next few hours in a very interesting museum on Etruscan artifacts. 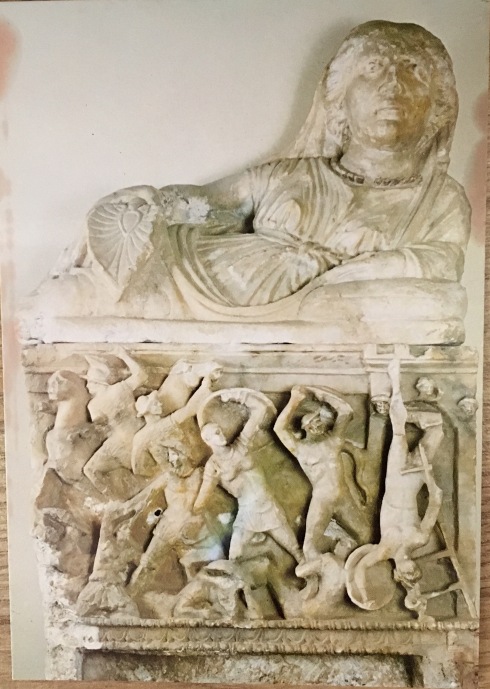 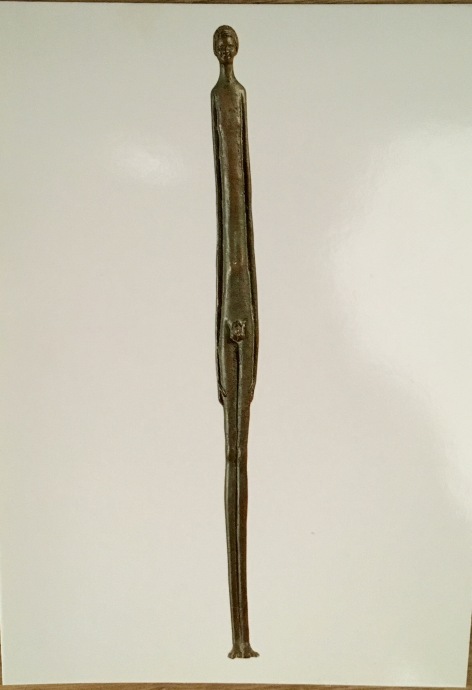 Of course no museum allows photographs to be taken, so I bought some postcards (they don’t take up room in the suitcase).  There were about 600 beautifully carved funerary urns, pottery, coins, etc.  Also this very contemporary looking bronze statue dating back to c 2 B.C called “Shadow of the night”.

The Baptistry was exhibiting some German art work. 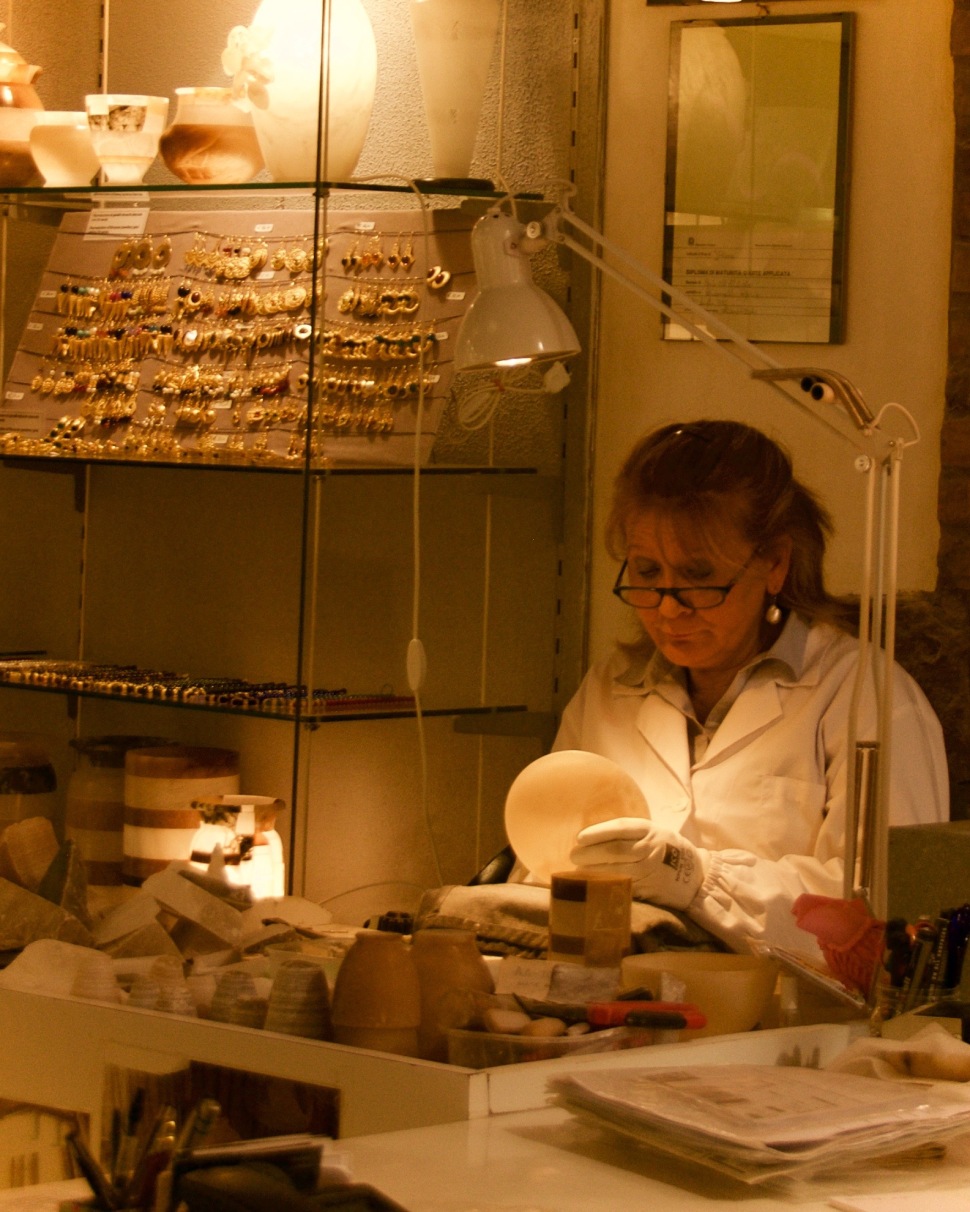 Porta all’Arco.  The locals heard that the occupying German army planned to blow up this gate. So, during a 24 hr period on July 30, 1944, they gathered rocks and blocked the gate, saving it form destruction. 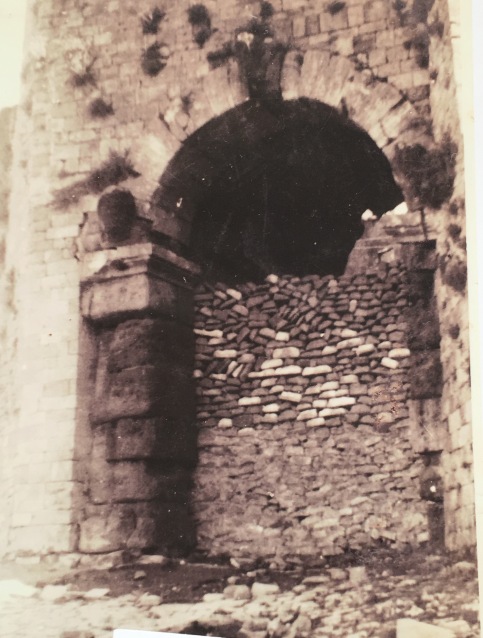 These old photographs were on display in a shop window.

And in 1984 this plaque was made to commemorate their heroic efforts.

As we left the city, we passed one of the best preserved Roman theaters in Italy. 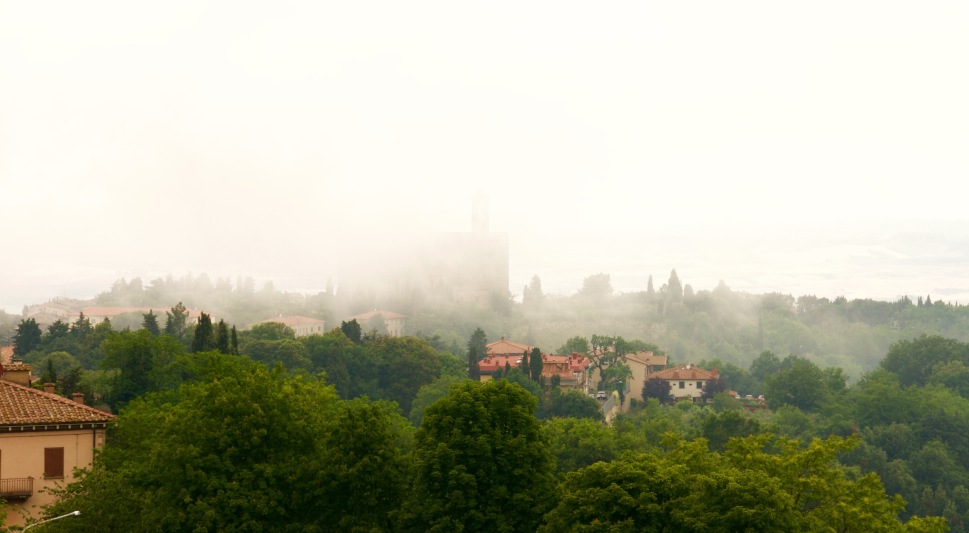 And as we looked up from the viewing the theater, it looked as though the countryside and this church were on fire.  It was smoke wafting from the nearby burning of olive wood.

We had passed this modern piece of artwork as we entered the city, so of course I wanted to stop by it on the way out. 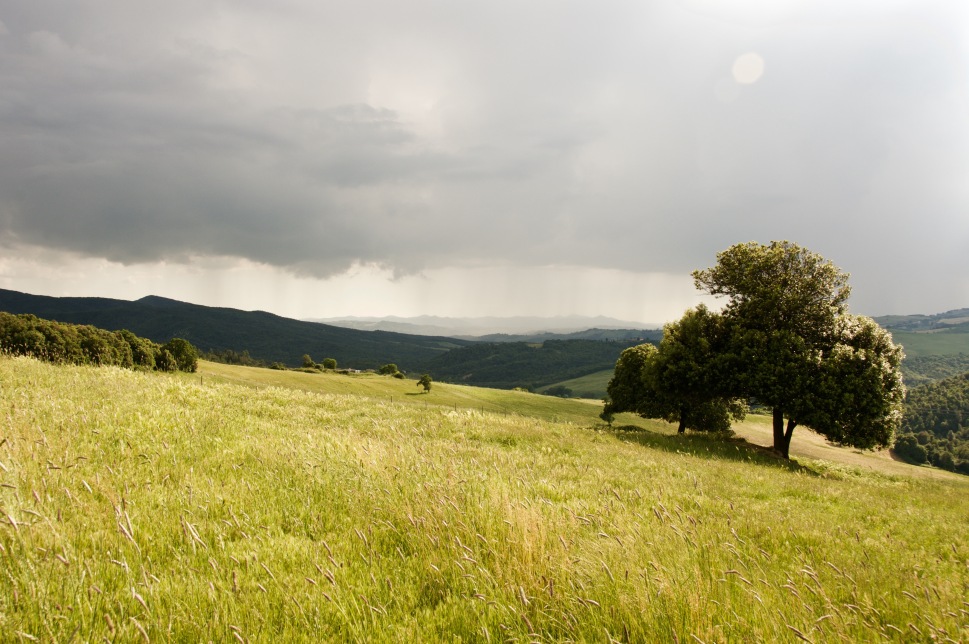