We decided to venture out and visit a couple of nearby towns.

…..is about 40 mins from San Miguel and its claim to fame is the Monolith which towers over the village, apparently the world’s 3rd largest, after Gibraltar and Buenos Aires! 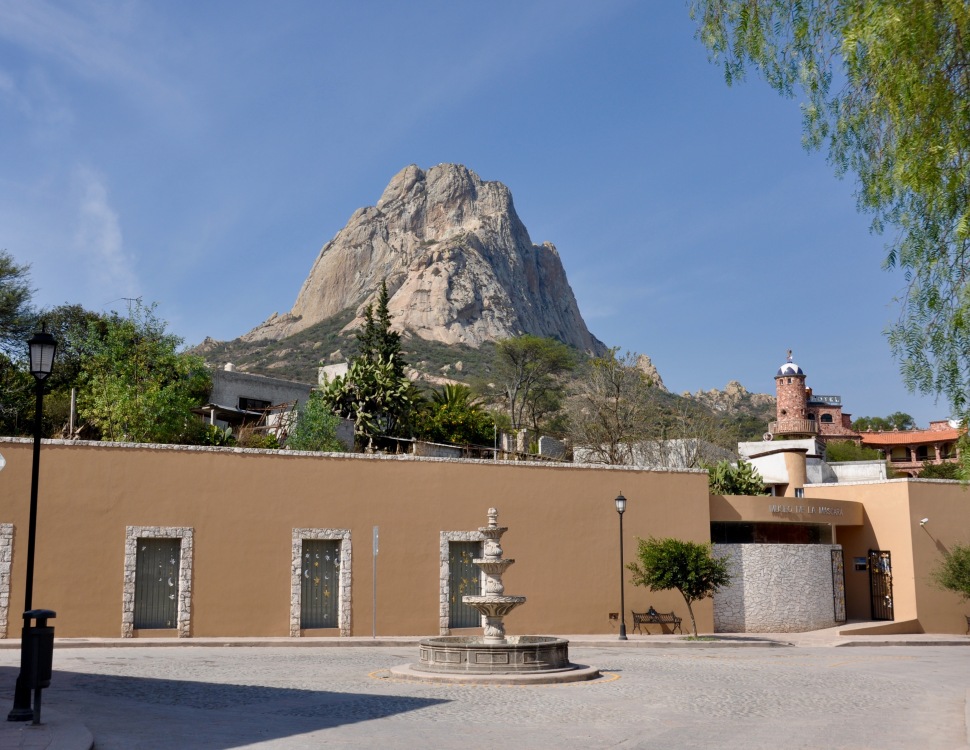 Although poorer than San Miguel, it was charming and I loved the architecture! Weaving is one of the main industries and we were fortunate to be able to go into the back of one shop and see the large hand cranked machines. 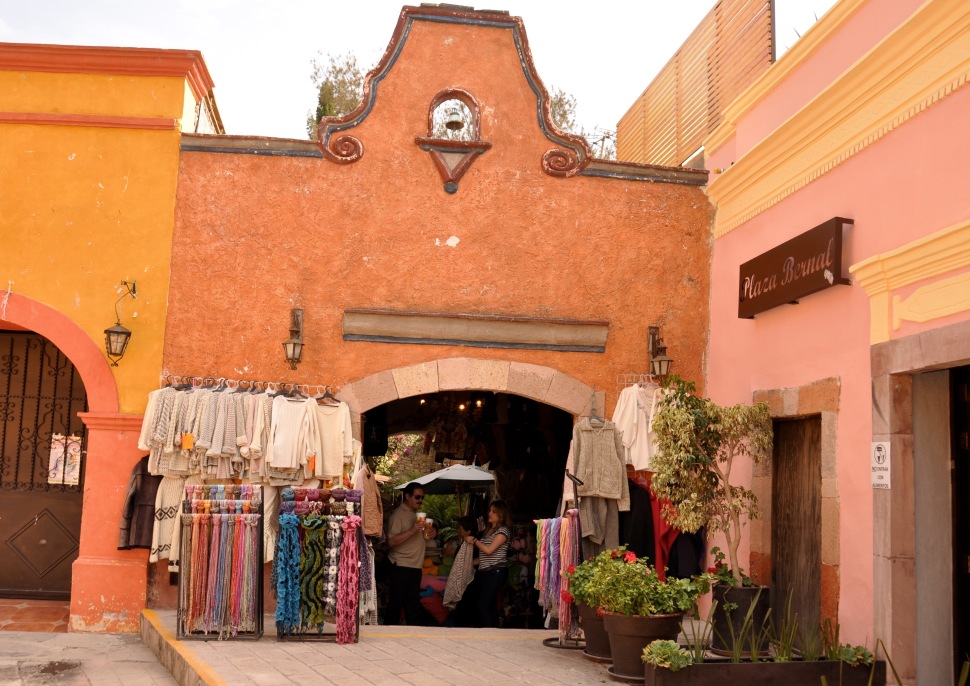 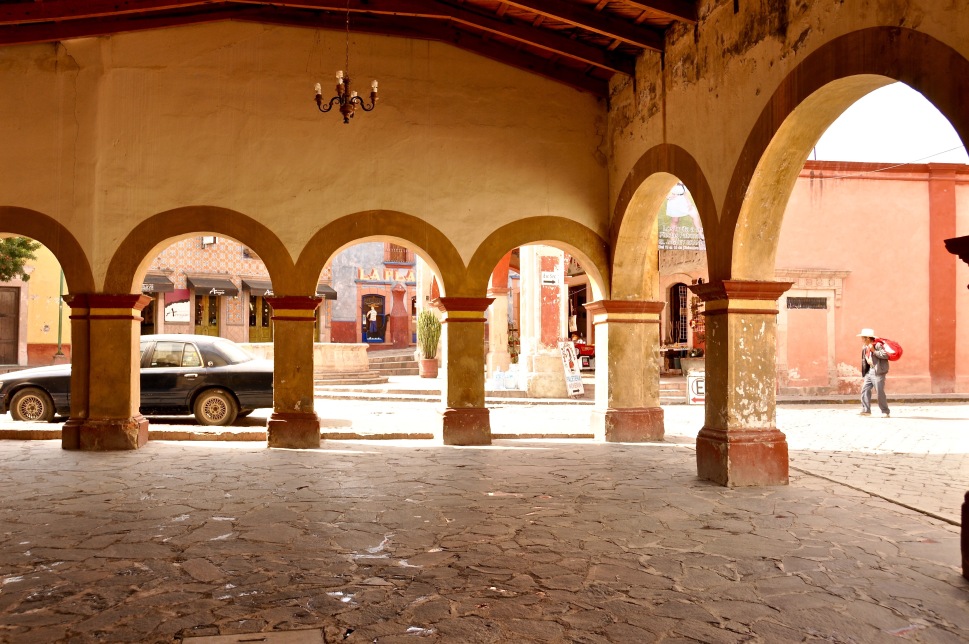 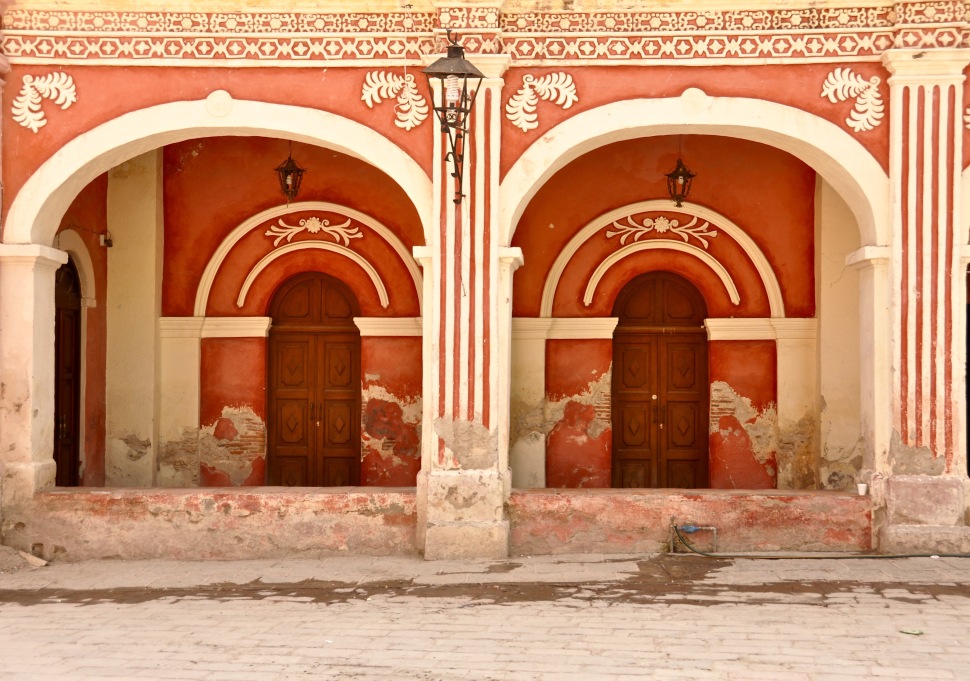 ….. is also the Capital City of Guanajuato Province. About 1 1/2 hrs West of San Miguel, it is nestled between several mountains. 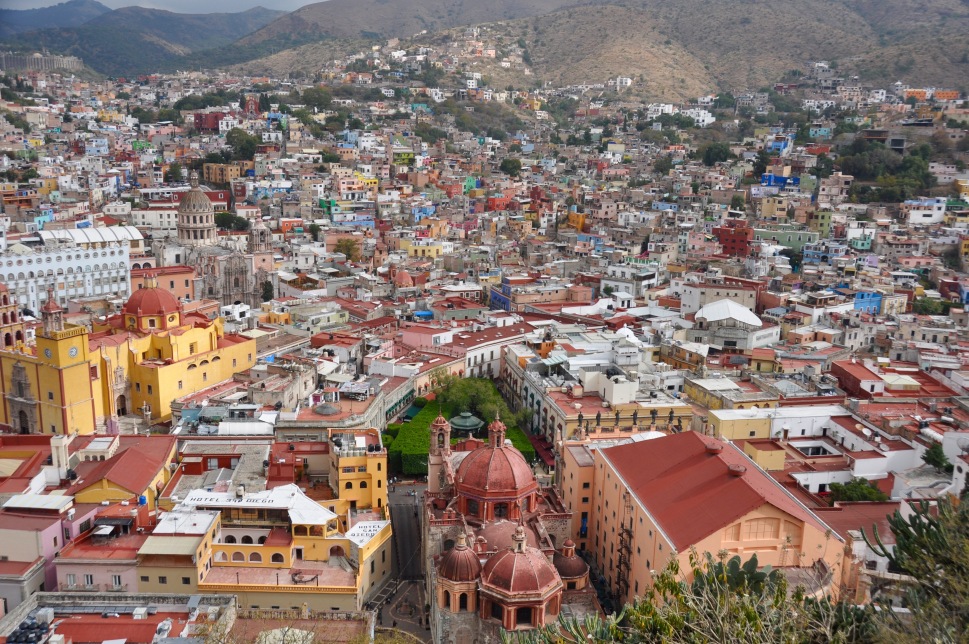 Unique to Guanajuarto are the below ground streets and tunnels which serve as the main arteries of traffic thru the city.  These streets used be man-made canals, carrying water which served the residents, but after the city was flooded several times, they redirected the river and transformed the canals into streets.  Pretty cool!

The rest of the buildings and homes are built up the hill sides, with alleyways inaccessible to traffic. 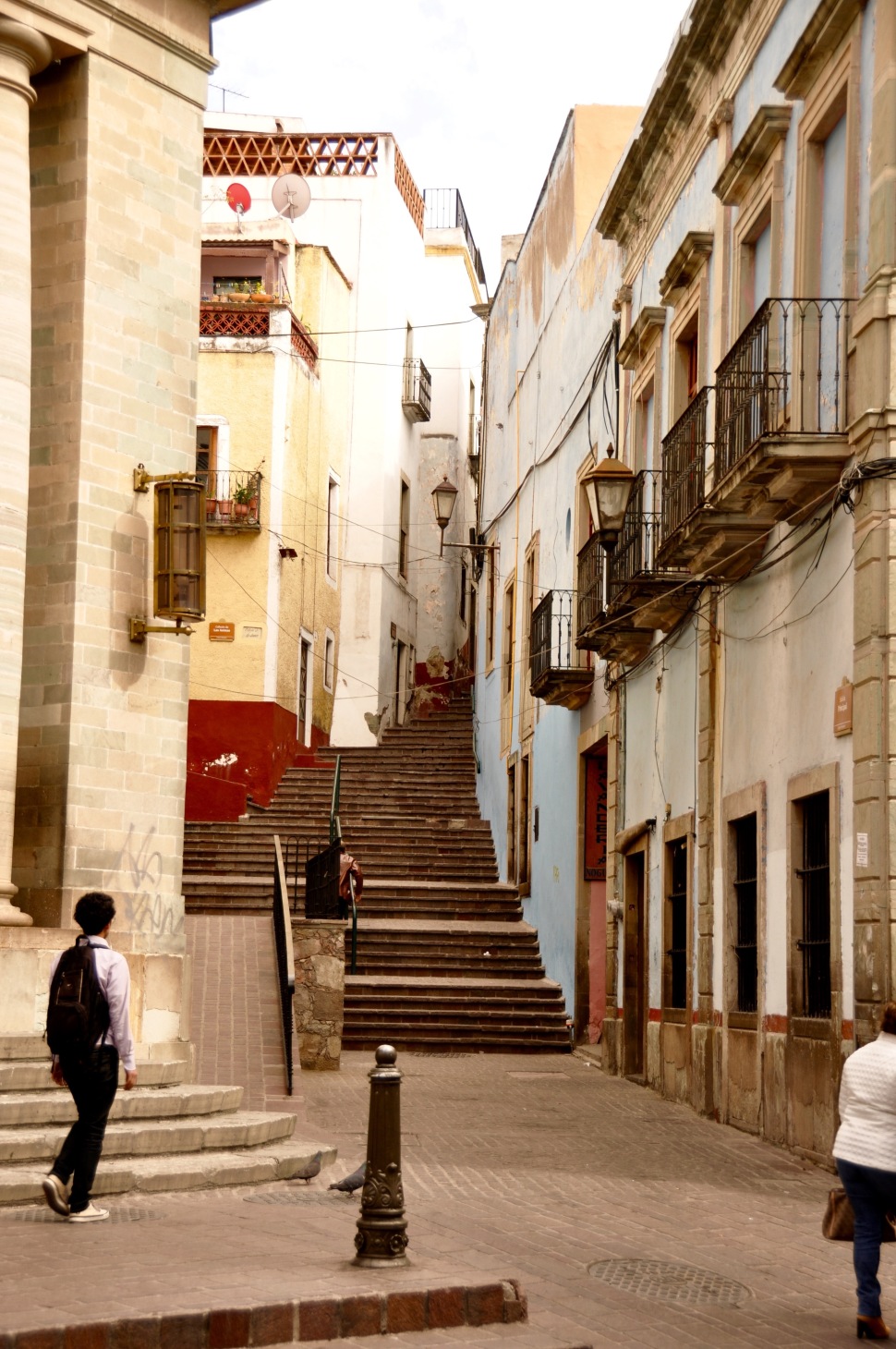 We happened to be visiting December 12, the Day of the Virgin of Guadalupe.  Had I known, I would have ditched the guided tour we had signed up for and followed these pilgrims who showed their devotion by dressing in their finery!  Little boys were dressed up to represent Juan Diego, the peasant who apparently first saw her, even drawing mustaches on their upper lips! 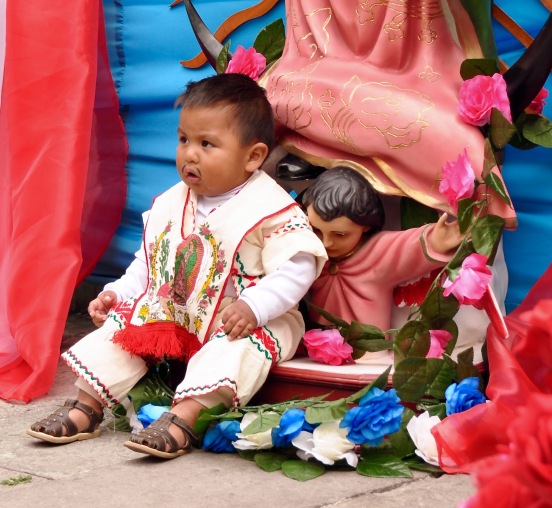 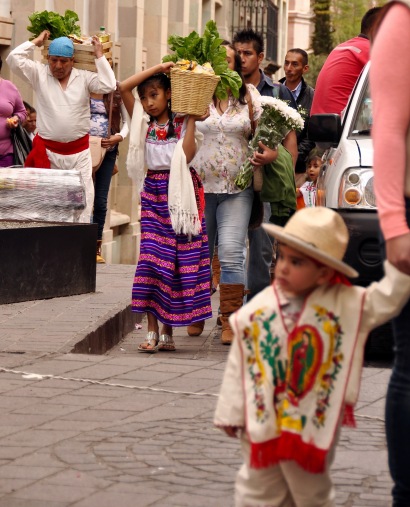 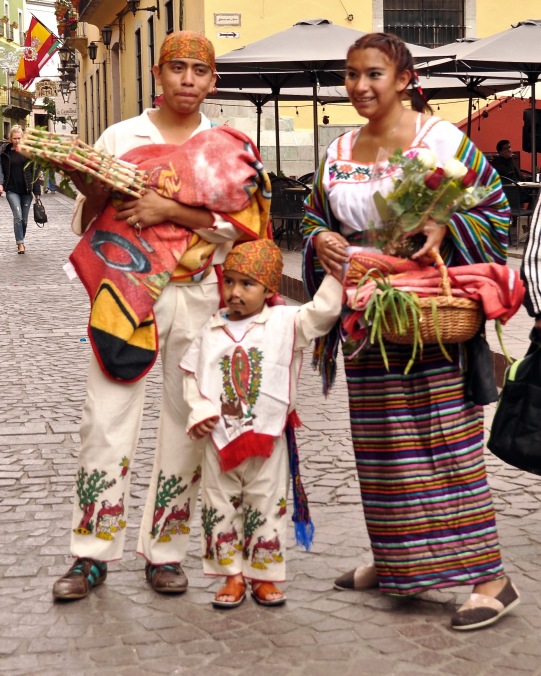 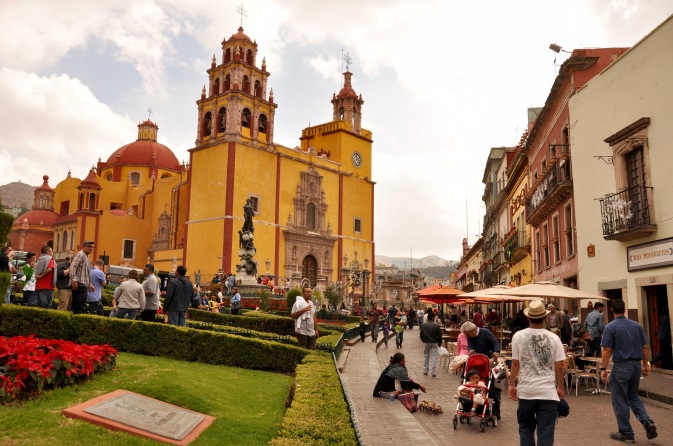 We would love to return one day to explore more! 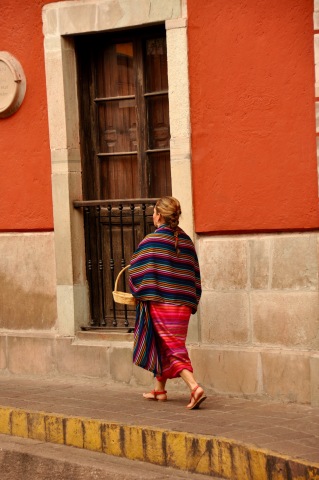 Perhaps you recognize this old fella?  He has been in several Western Movies!